Pic by Heathcliff O'malley. Soldiers from the Welsh Guards Battlegroup made a dawn raid on the village of Qalit Salih this morning near the city of Al Amarra in southern Iraq.. Large quantities of RPG's, artillery rounds, small arms, heavy calibre machine guns and ammunition and bomb making equipment were found in a small group of houses on the outskirts of the village.. 10 Iraqi males were detained for further questioning,much to the distress of their families. 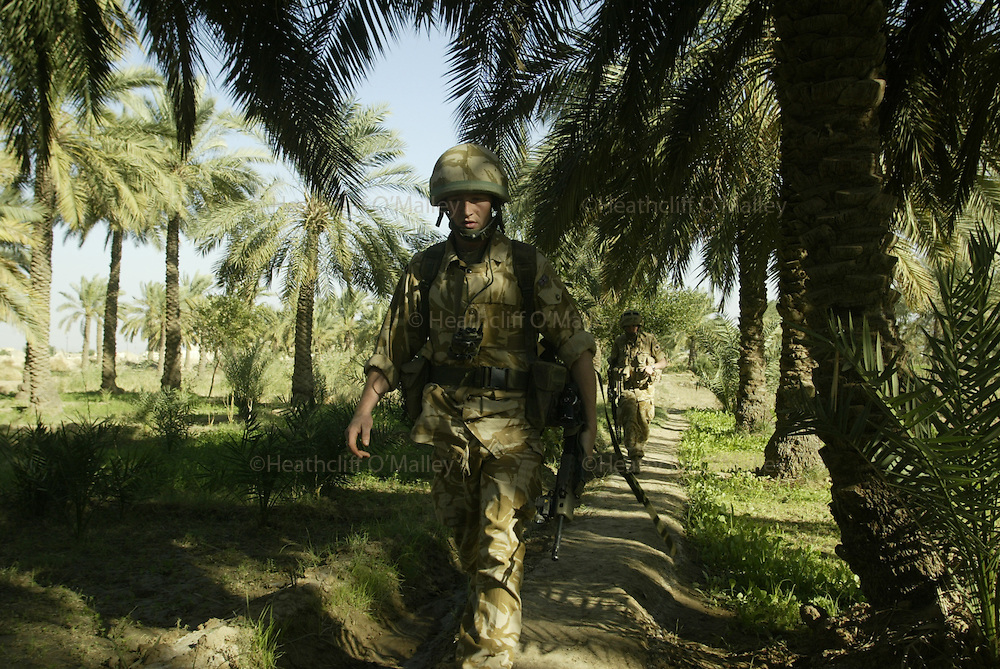