Holocaust survivor Mala Tribich MBE photographed with former British soldier Nathaniel Fiennes, 21st Baron Saye and Sele at his ancestral home, Broughton Castle . Nat Fiennes served as an Officer in the Rifle Brigade in WWII and was part of the force that liberated Belsen Concentration Camp in April 1945 where Mala spent the last months of the war after being moved from Ravensbrück . Mala was too weak to get on her feet when the British forces arrived , malnourished and suffering from Typhus which was rampant in the camp and took months to recover . She moved to Britain in 1947 where she was reunited with her brother Ben , her only surviving family .

Filename
dtho20200213TribichFiennes003.JPG
Copyright
Copyright ©Heathcliff O'Malley , All Rights Reserved, not to be published in any format without prior permission from copyright holder.
Image Size
3840x5760 / 2.8MB
*
Contained in galleries 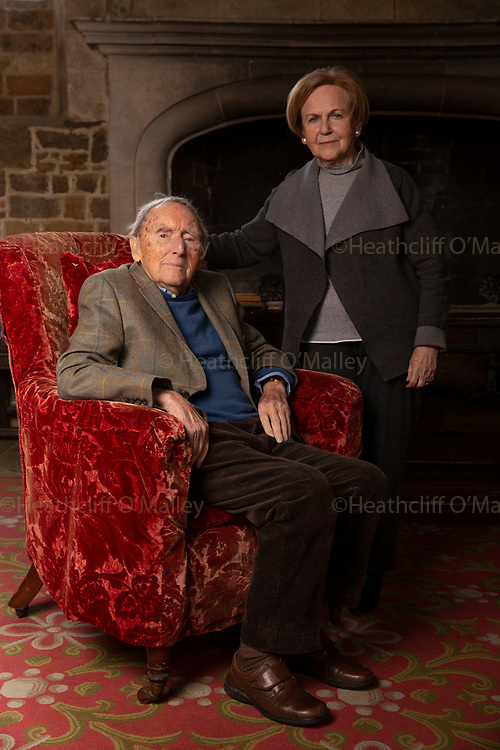