Mcc0027461 . Daily Telegraph..A Company, 3 Para on patrol in the town of Showal which was taken in a much lauded offensive in February of this year. On this occasion a patrol of paratroopers was escorting two female civilian analysts from the U.S Department of Defence who are collecting data on the civilian population in Helmand, a process known as "Human Terrain Mapping " in the hope the data will help to combat the insurgency and cater for the localised needs of the people....Helmand 30 November 2010 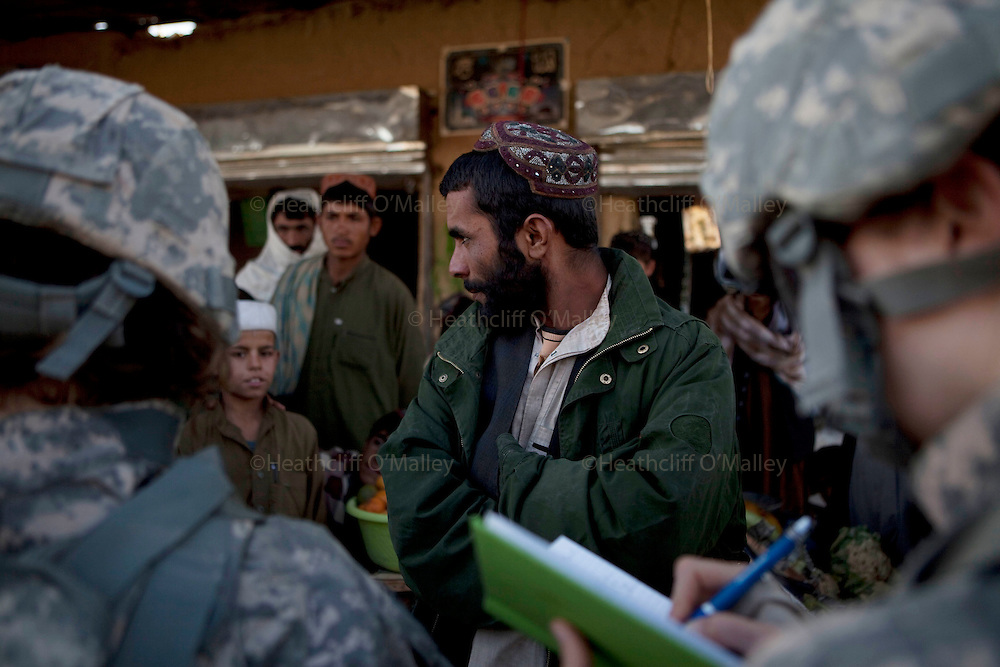