Photo by Heathcliff Omalley..Samara 5 November 2007.A Soyuz Space Rocket in the centre of the City of Samara, a reminder of the city's involvement in Russia's Space Programme.. Samara lies on the eastern bank of the river Volga and not only hosted the beginning of the Russian Civil war but was also the "second capital" during WWII and Stalin's bunker was situated here. Nowadays apart from being Oil rich, it also has one of the highest rates of AIDS in the country. 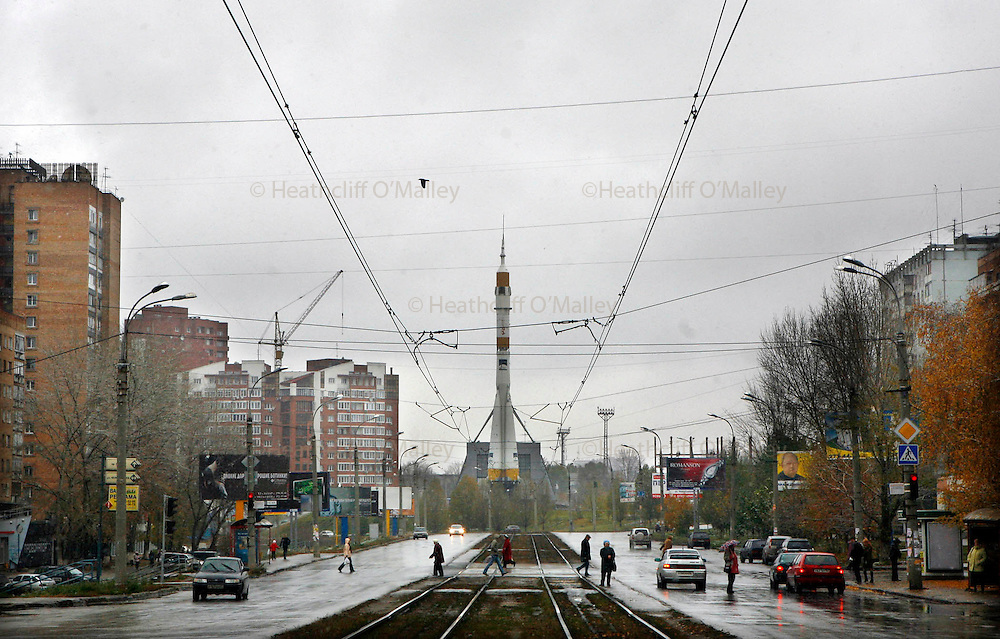