Mcc0031516 . Daily Telegraph..WWII veterans (left to right) Flt Lt Feddie Nicoll, John Rivett, Croatian Partisan Milivoj Lalin, Reg Ellis and Peter Bickmore BEM after the unveiling of a bench and plaque dedicated to the people of Komiza on the towns jetty where British forces were based during the conflict.. A reunion of British WW2 Veterans, probably for the last time. They are some of the last survivors of an Allied combined garrison of Royal Navy, Royal Marine Commandos, Army and Royal Air Force personnel who took over the Island of Vis in 1943 and held it until the end of the War. From here they harried Axis Forces in what was Yugoslavia, providing supply drops to the Partisans and, at one point, refuge for Marshall Tito when he was nearly captured by German Forces ...19 May 2011 Vis, Croatia 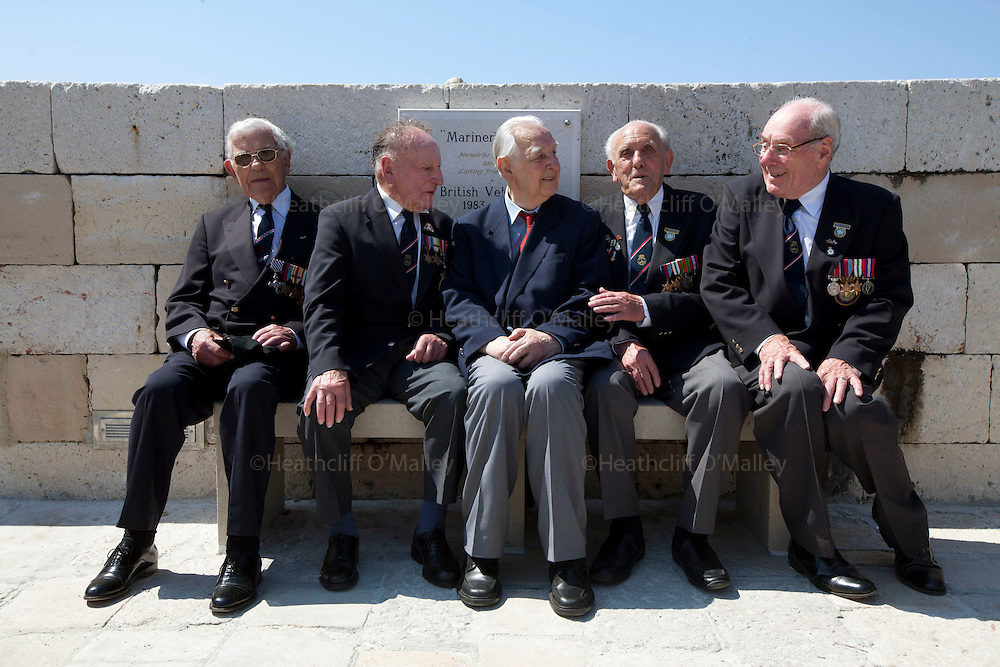