Pic by Heathcliff O'malley. U.S Marines of the 24 Marine Expeditionary Unit on a joint patrol with British soldiers in the "triangle of death" outside their base Camp Kalsu; named after the first American Football player to be killed in the Vietnam war. Whilst out the joint patrol visited various homes of men on their wanted list of insurgent suspects, and to investigate known points where mortars and rockets had been fired from towards their base, sadly today no one was home except for women, children and the elderly . The Marines take with them an Iraqi translator who has to keep his identity concealed with a bandana and sunglasses due to possible repercussions to himself and his family for working with coalition forces. 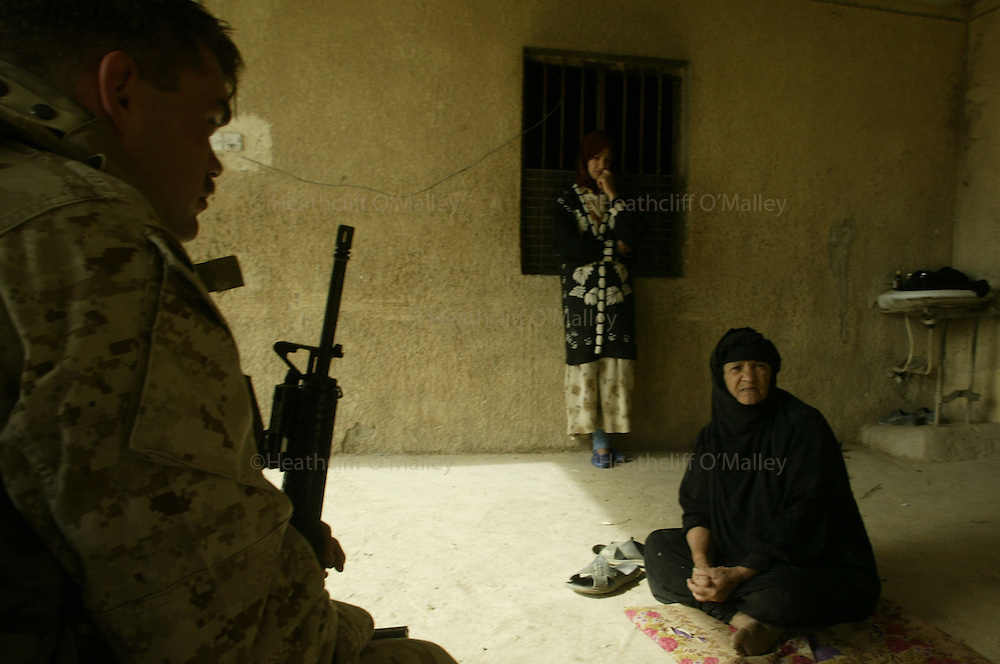