May0016089 . Daily Telegraph..Features..A woman with her children outside their shack built of corrugated iron on Nkombo Island, many of the island's inhabitants lost their homes to an earthquake..The islands inhabitants have received help from Rwanda Aid, a British charity and recipient of funds from the Daily Telegraph's 2005 Christmas appeal...The pop group Keane have helped to fund 5 homes on the island with built in composting toilets and water filtration. ..Rwanda was the scene of a brutal civil and genocide which ended in 1994 leaving behind 800,000 dead, hundreds of thousands of refugees, many orphans suffering with mental trauma . Still recovering from the civil war the small,landlocked central African state is one of the poorest countries in the world with three quarters of it's 10 million population living below the poverty line and is a huge recipient of foreign aid....Rwanda 28 August 2009 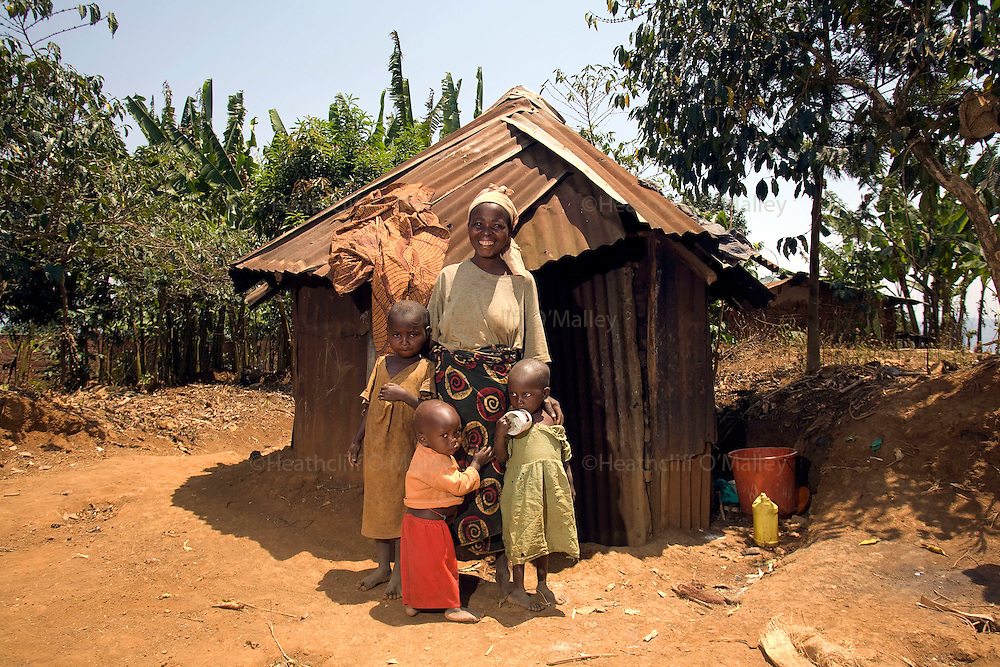