Pic by Heathcliff O'malley.Tensions rise as soldiers from the U.S 101 Airborne division take positions around the house in the northern Iraqi city of Mosul where Uday and Quesay Hussein were killed yesterday after a fierce firefight.Crowds of Iraqi's had been gathering all day,culminating in the shooting of an Iraqi van driver,who'd been chases by soldiers cleasing adjacent streets.After ordering the locals to leave the immediate vicinity they fired multiple rounds into his vehicle as he attempted to flee.Fortunately the U.S .556 round only grazed his head. 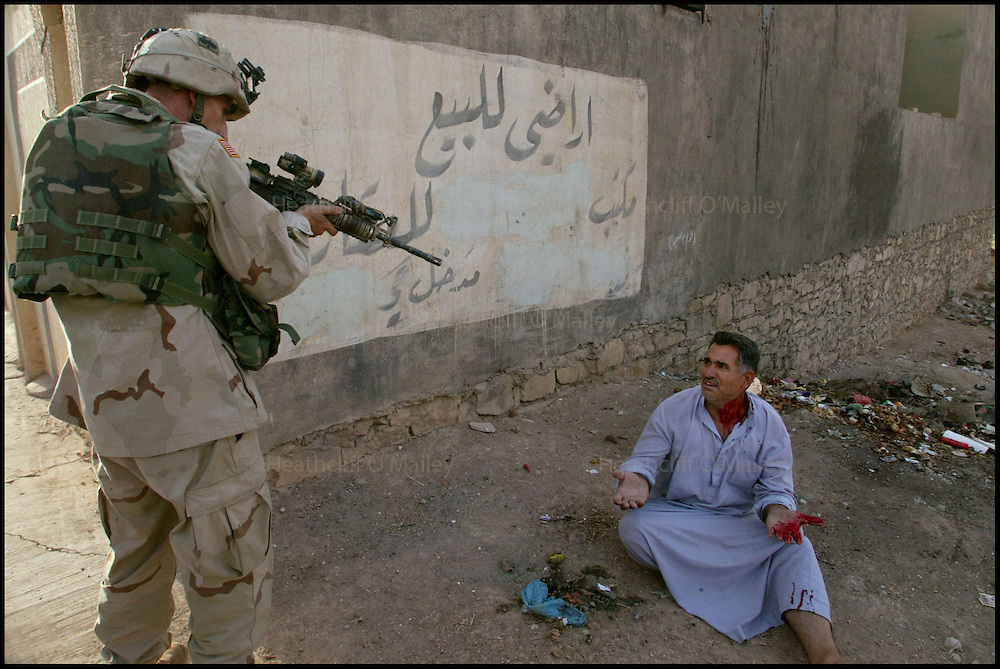