Svetitskhoveli Cathedral, the royal cathedral of Georgia, used for centuries for the coronation and burial of Georgian monarchs. More importantly, it is considered one of the holiest places in Georgia since the Robe of Christ is believed to buried here, having been brought to Georgia in the 1st century by a Jew from Mtskheta named Elias. The Cathedral lies at the confluence of the Mtkvari and Aragvi rivers, in the town of Mtskheta, which was formerly the capital of the Kingdom of Iberia...10 June 2012 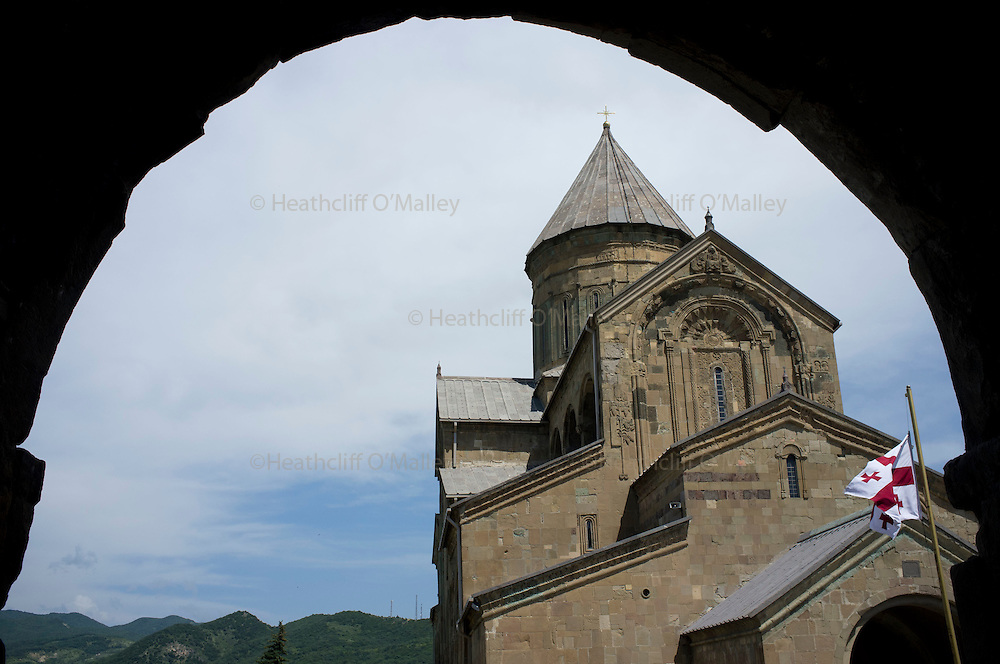